Like the simple life he led during his 45 years in church ministry, Rev. Fr. Francis Kariuki Mugwanjira who died on 7th April 2020, was given a quiet send-off at the St. Austin’s Parish in Nairobi on Tuesday 14th April 2020.

The Mass led by His Eminence John Cardinal Njue was attended by only 50 people who were widely spaced in the pews observing the social distancing directive issued by the government in the fight against the spread of coronavirus. He was later interred at the clergy cemetery.

After completion of his primary school education Rev. Fr. Francis Kariuki entered Form 1 at Mother of Apostles Seminary Eldoret in 1964 to begin training for the priesthood. Among the seminarians he found there was Peter Kairo, now retired archbishop, who has remained a long life friend.

He undertook his Philosophy studies at St. Thomas Aquinas Seminary Nairobi from 1968 to 69 and proceeded to pursue his Theology in the same institution. He completed the required seminary curriculum in 1973.

Rev. Fr. Francis Kariuki was ordained priest by H. E. Maurice Cardinal Otunga in a joyful ceremony in his home parish Kagwe in 1974. It was one of the largest congregations of Christian faithful and people of good will gathered to witness and celebrate the ordination of a Catholic priest in the Archdiocese of Nairobi.

Fr. Kariuki had a peaceful retirement at the Clergy Home of the Archdiocese of Nairobi Ruaraka, even as he faced illness with courage. 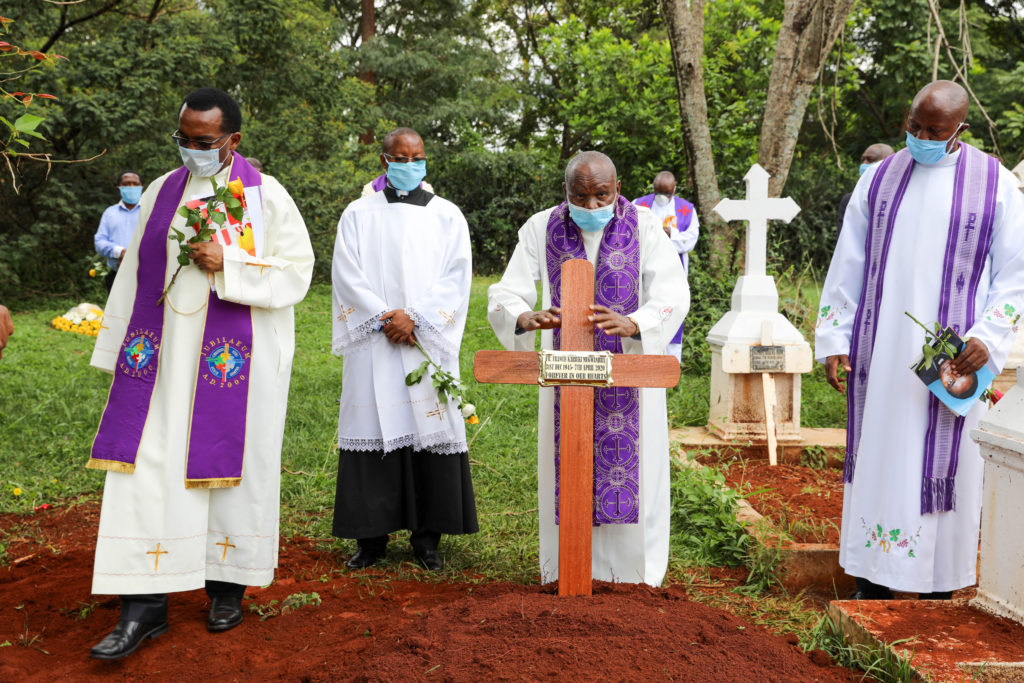