Archbishop Emeritus R. S. Ndingi Mwana a’ Nzeki who died on 31st March 2020, was laid to rest on Tuesday 7th April at the Holy Family Basilica in a Requiem Mass that was led by His Eminence John Cardinal Njue and scores of bishops.

The prelate was buried in a crypt in the basement of the Basilica.

The requiem Mass was attended by bishops, few priests, a government delegation and a small representation of family members: this was a selected number as attendance was limited due to the Covid-19 pandemic and intercounty restrictions placed by the government in an effort to combat the spread of Corona virus.

Profile of the late Archbishop Ndingi

He was ordained as priest at Kabaa parish on the solemnity of Mary the Mother of God, on 1st January 1961 by Archbishop J J McCarthy CSSp. He was the first Kamba to be ordained as a Roman Catholic priest.

Soon after his ordination he was posted to Our Lady of the Visitation Makadara which at one time had a formidable combination of diverse characters including Msgr. John Njenga, Fr. Hilary Kailu, Fr. Joseph Kamanu. Fr. Nicodemus Kirima, Fr Isidore Onyango, Fr. Gabriel Kimotho, Fr. George Muhoho and Fr. George Gathongo. 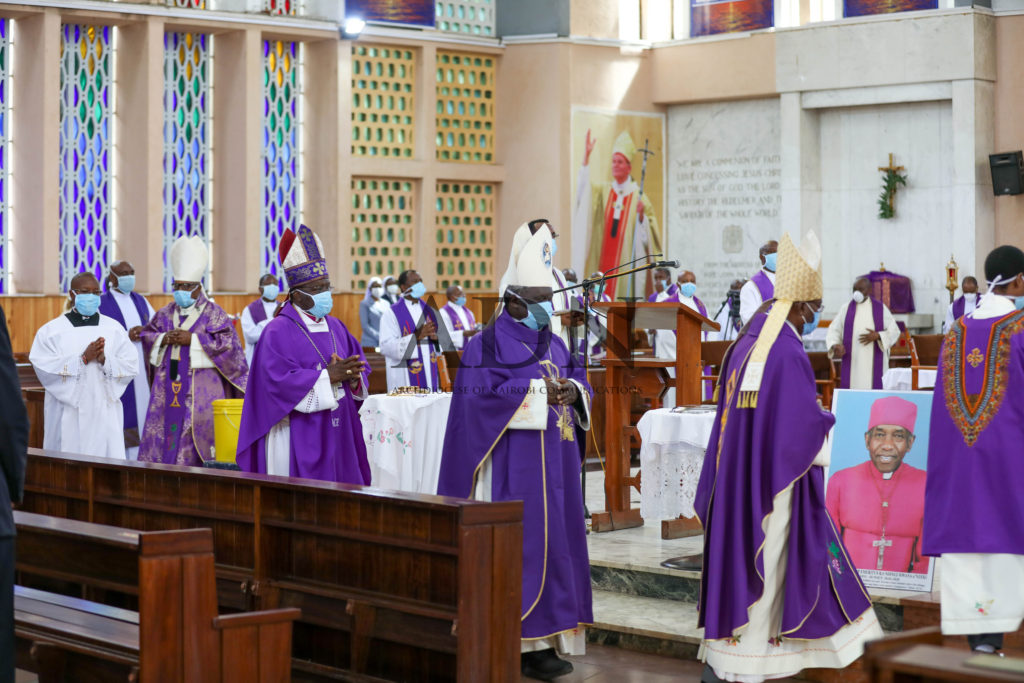