CARDINAL NJUE CELEBRATES 34 YEARS AS A BISHOP, 47 AS A PRIEST.

The Eucharistic celebration to mark the 34th episcopate anniversary of His Eminence John Cardinal Njue was held at the Holy Family Basilica yesterday.

The Mass led by the Cardinal was concelebrated by several priests. The Basilica was full of Christians while ofcourse maintaining social distance.

Born in 1944 in Kiini Village, Embu North, to Joseph Nyaga Kibariki and Monica Ngima Nyaga, the journey to priesthood began in the year 1961 when he joined Nkubu minor seminary. It was there that God helped him nurture his priestly vocation.

On 6th January 1973, he was ordained a priest by His Holiness Pope Paul VI in St. Peter Basilica, Rome. On returning to Kenya, Fr. John Njue served in Kariakomu Parish in Meru Diocese till July 1975, when he was appointed to be a formator at St. Augustine Senior Seminary, Mabanga in Bungoma. He was first the Dean of Students and later became the Rector.

On 9th June 1986, His Holiness Pope John Paul II appointed Fr. Njue as the first Bishop of the newly created diocese of Embu. He received his Episcopal consecration on 20th September 1986 from Jozef Cardinal Tomko.

Candidly elaborating to the congregants, Cardinal Njue stated that things were not as easy at that time but he did pull through with the help of God, “I will never forget that situation, and indeed the closeness of God, 34 years, it is time to tell God thank you” he said.

Cardinal Njue’s list of service to man and to God is endless with the church initiating successful programs towards self-sustenance, with events like the Family Day and other programs initiated under his stewardship. 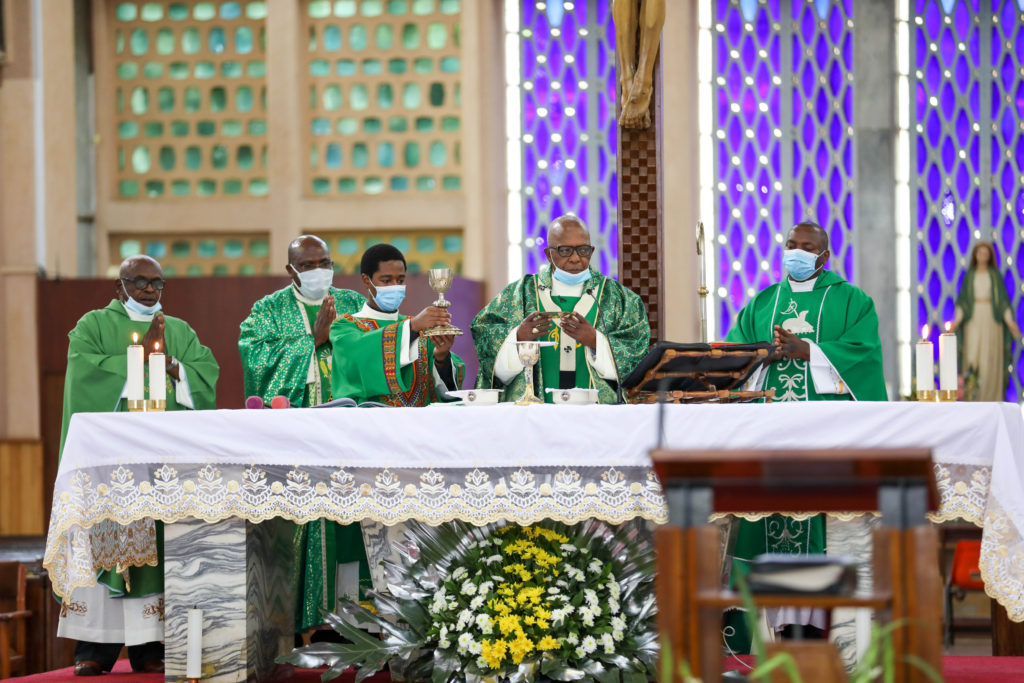