The Count me in the Beyond Project is set to begin in the next few months following the blessing of the 3D model and the gound by His Eminence John Cardinal Njue.

The project that was unveiled during a Eucharistic celebration led by His Eminence aims to tackle the challenges of congestion, lack of church halls, meeting/conference rooms, proper parking spaces within the church compound, beefing up security through a perimeter wall and putting cabro paving blocks to counteract the flooding Church compound.

The ten-storey facility that will be built in phases will be built within the compound of the church and the first phase is estimated to cost Ksh. 13 million.

In the Homily Fr. Richard Mwaniki implored the Christians of St. Dominic to run to the Eucharist when faced with life’s problems especially in living out their Christian lives. “The journey we take as Christians is not easy therefore we are called to be filled through the Eucharist. Christ gives us strength and if we do not reach out to Him we cannot go far,” he preached. He further added that as the human body requires food to obtain strength so does the spirit to remain nourished and have everlasting life.

Cardinal Njue who also officiated the fundraiser encouraged the Christians to own the projects so as to leave a legacy for those to come after them. “We are the ones who are here today so let us do what we need to do to make sure that we become self-sustaining,” he said.

Echoing the words of His Eminence, Fr. Victor Mbuthia who is the Father In-Charge, implored the Christians to support this project wholly as they have always done in the other projects. “This project is yours. It will benefit the parish and help in our ambition to become a self-sustaining parish.”

Despite the hard economic times faced in the country, the parishioners of St. Dominic Savio Parish Mwiki showed their determination as they pledged to support the project to completion. 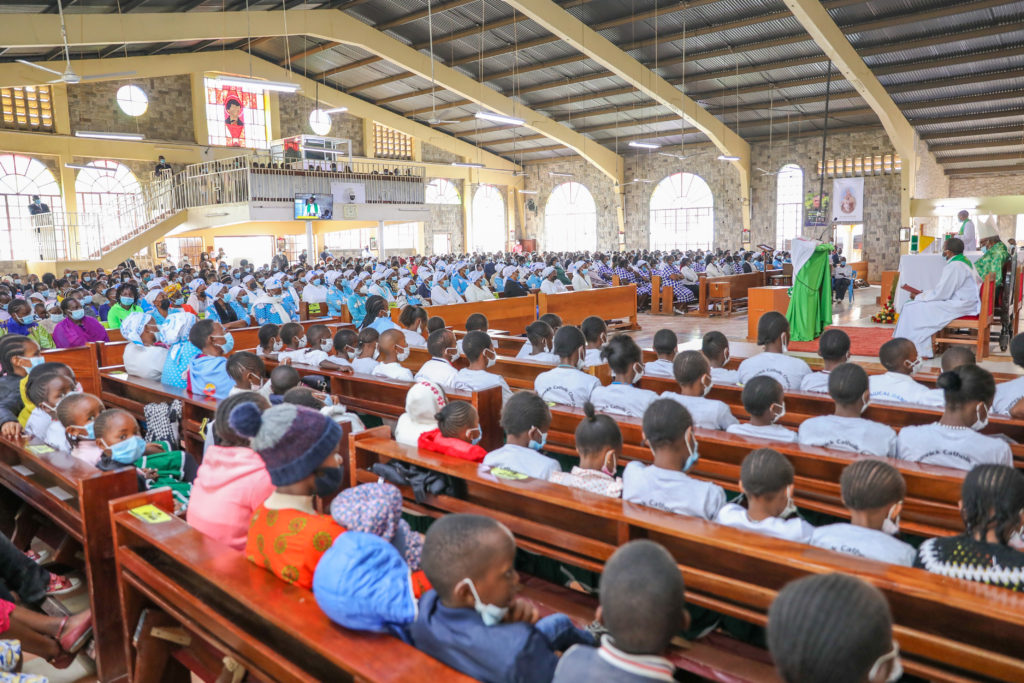