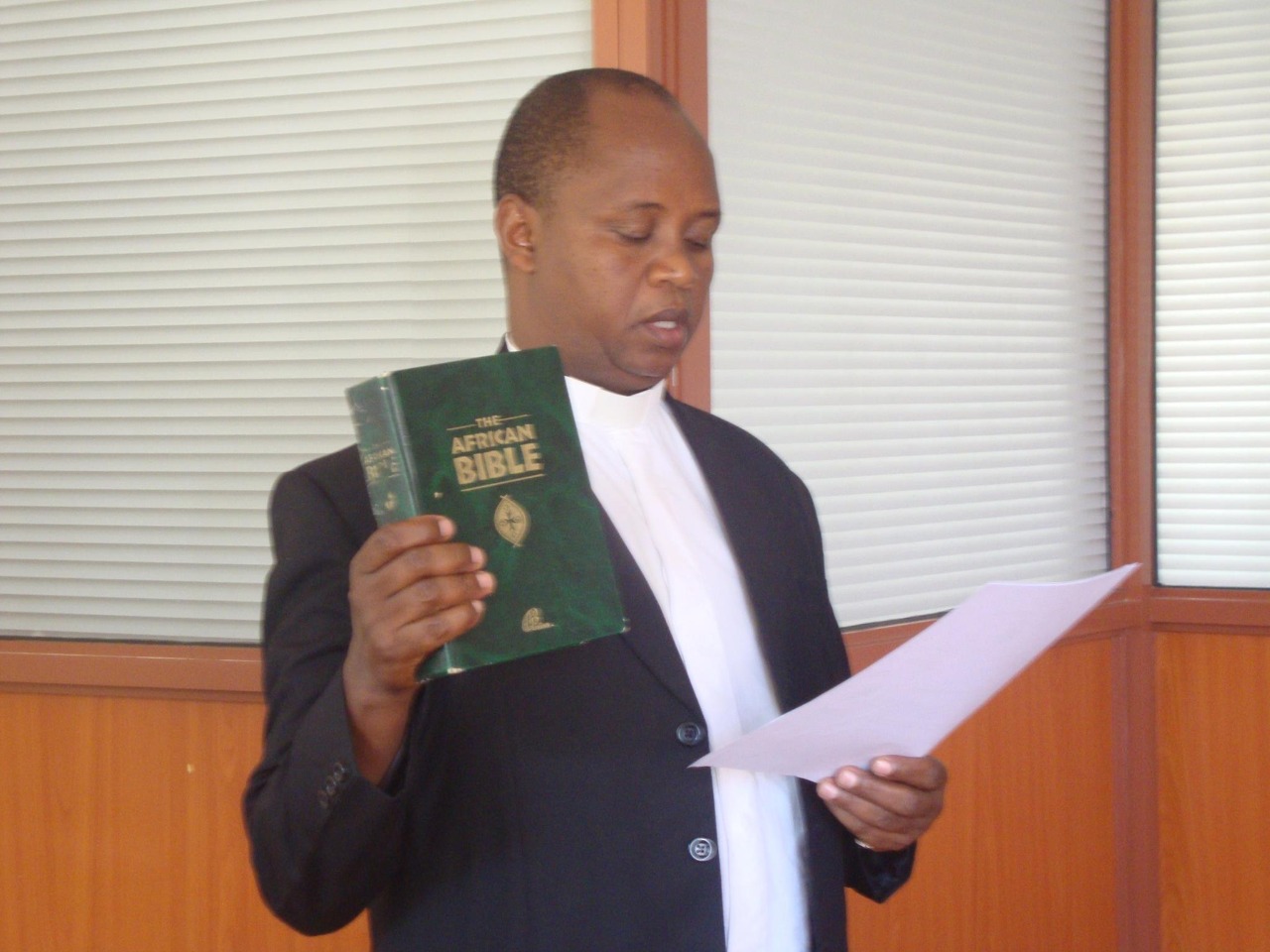 The Holy Father Pope Francis has appointed Very Rev. Fr. Joseph Mwongela as the Fourth Bishop of the Catholic Diocese of Kitui.

The news of the appointment of Bishop-Elect Joseph Mwongela was officially made public in Rome on Tuesday 17th, March 2020 at Noon, Rome Time (2.00 p.m. Kenyan Time). The letter of his appointment was sent to the Kenya Conference of Catholic Bishops (KCCB) by the Apostolic Nuncio to Kenya, His Excellency Archbishop Hubertus van Megen.

Bishop-Elect Mwongela will replace Most Rev. Anthony Muheria who was transferred by the Pope to the Archdiocese of Nyeri on 23rd, April 2017. Archbishop Muheria has been serving as the Apostolic Administrator of the Diocese of Kitui since April 2017.

He is a member of the Boards of Caritas Kitui, Muthale Mission Hospital and St. Teresa’s Catechetical Training Centre, among others.

From 2003 to 2008 he studied in Rome where he was awarded a licentiate from the Pontifical Gregorian University (2003-2006) and a doctorate in dogmatic theology from the Angelicum (2005-2008). He went on to serve as Chaplain of the Mater Misericordiae Hospital in Kitui (2008); parish priest of Muthale parish (2008-2013); Director of the Saint John Paul II Institute of Professional Studies and parish priest of the Boma parish (Our Lady of Africa Cathedral); and Vicar general of the diocese of Kitui (since 2015).

The Catholic Diocese of Kitui was created on November 16, 1963 with Rt. Rev. William Dunne as the first Bishop. The second Bishop was the late Archbishop Boniface Lele who was appointed in February, 1996. Archbishop Anthony Muheria was appointed Bishop of Kitui in 2008 where he served until April 2017 when he was transferred to the Archdiocese of Nyeri.