Christians have been urged to be ready to be used by God to bring positive change in the world. The exhortation was made by the auxiliary bishop of the Archdiocese of Nairobi, Rt. Rev. David Kamau, during the homily to mark the Archdiocese Family Day.

The prelate asked the Christian community of God to remain focused by fulfilling God’s will as Mother Mary did. He reiterated on the need to never give up despite the current harsh situation due to the corona pandemic, strongly urging the Christians to pray the rosary as it is a powerful weapon.

The celebrations, which were held on the solemnity of the Assumption of the Blessed Virgin Mary, were held at the Holy Family Basilica, with the Mass being led by His Eminence, John Cardinal Njue.

Unlike the past ten family days, around 200 Christians attended, chosen to represent the various solidarity groups and ecclesial leadership. A few priests and nuns also attended.

The Holy oils were blessed during the colorful event that was animated by Kikuyu Deanery.

The Cardinal thanked all the Christians for their support always. He announced that despite the harsh economic times, parishes have contributed Sh93 million so far.

The archdiocese Family day is an annual event that brings the Christians from the 114 parishes together so as to celebrate Mass together and also to raise funds towards self-sustenance as well as for the diocesan projects.

“The next Family day will be on Saturday 14th August, 2021’, His Eminence announced. 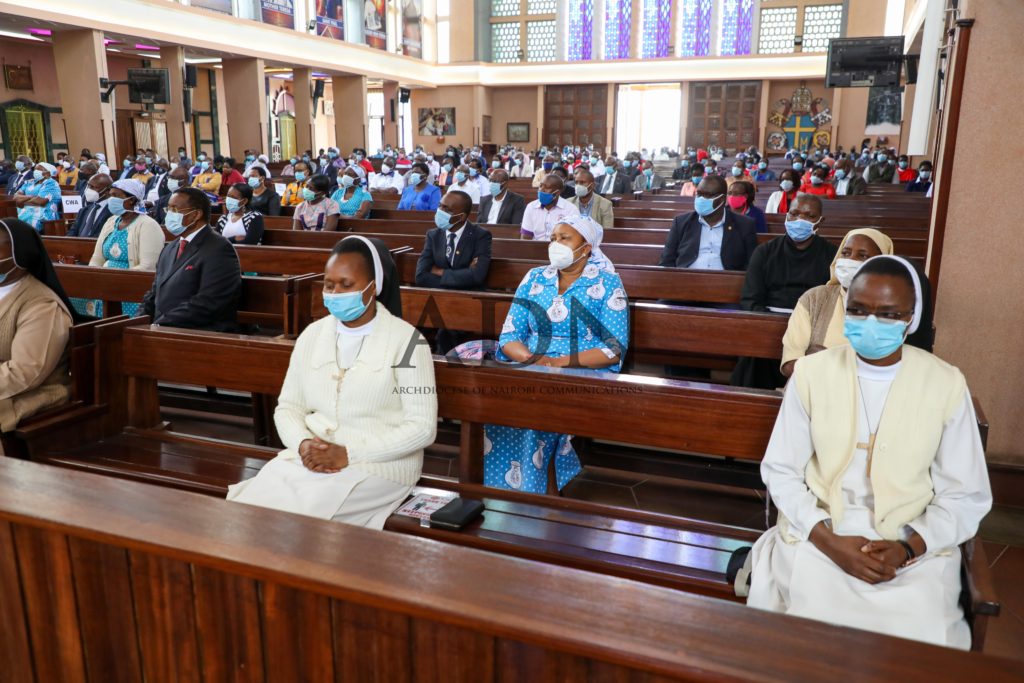